Welcome to the home of TheLooper where you can learn about my likes and dislikes, my dreams and aspirations, my stories and moments, all wrapped up in a pretty little bow. This is a place where all are welcome to express themselves and free will is greatly encouraged!

The Journey has begun!

Promote Your Page Too

The End is the Beginning...

What are you afraid of?

Getting to know me

TheLooper
I'm TheLooper some of you know and love. I love to write and love to think. That's a good combo when you want to be an author. If you want to know more about me, click on any of the links below... 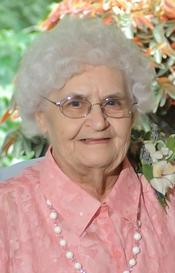 The letter you are about to read was written after the passing of my grandmother, Grace Joanne Culpepper Thrift.  It was intended as a response to the letter she had written me 35 years earlier expressing her joy and fears at becoming a grandparent for the first time.  I hope you will enjoy it.  She was an incredible person, beloved friend, dedicated mother, grandmother, and great grandmother, and joy to anyone she ever encountered.

Forever is yours, Maw Maw
By Jason R. Thrift

It’s hard to imagine this day has come.  A day when one of this world’s brightest and most loving angels departs, but it has finally happened.  Just like a thief in the night, you were taken from us Maw Maw.  As I see you lying there now, I still can’t believe it, and you weren’t even allowed to say good-bye.  But maybe that is for the best, because you were never one to utter those words to begin with.

When I was two weeks old you once wrote me a letter.  You were telling me about the world I was coming into.  You didn’t scribe this letter with misgivings about overly joyful things, but told the truth.  Because, as you know, life is hard.  That letter was not meant to express fear, either.  It was about the choices that we make in our day-to-day lives.  The choices that set us on a path of which the end is uncertain.  It was about having faith, having hope, and showing love.

In the almost thirty-five years since that time, your words in that letter have echoed from your generation to mine.  We’ve gotten only a taste of some of the trials and tribulations you endured, while at the same time we have become more liberal than ever before.  Now where that will lead us, I do not know.  But what I do know is that through the teachings you gave me throughout my life, if I can grow and build on them, pass them along to my children, and show the next generations to come the same teachings you did, then everything will be just fine.

No matter how hard life gets, how scared we become, how angry you let things make you, or how hopeless situations may seem, we can never fail as long as we have love.  You taught me that, time and time again.  The way you taught me was also what mattered.  You allowed me to take your advice and decide on my own how important it was to me.  I can’t thank you enough for that and would never be able to thank you enough.

My one true regret now is that Abby and Charlie came along when they did, because they never got to know you the way I did.  But, they did get that love from you, every chance you got.  In the years to come they will listen to our stories, watch our videos, and delight in knowing that they had a grandmother so faithful and strong in her commitments to everyone and everything that it is unimaginable to believe she was never one of God’s archangels to begin with.

Everything you ever did, are doing, and will ever do in what is to come always involves love.  Now, you’re going to a place that love abides and is everlasting.  The truth is though; it has always been in you from day one.  You told me once that one day I would remember what it was like to be in heaven, when I asked you why I couldn’t remember it as a child.  You have helped me see it once again.  I take great peace in knowing that forever means you will always be there, waiting patiently for all of us to join you again.

So we won’t say good-bye, because that would be wrong.  Instead, I’ll see you later, Maw Maw and I love you with all my heart!

Posted by TheLooper at 8:26 AM